We’ve got issues, and they’re connected. Disordered is a collaborative, participatory street art project designed to destigmatize mental health challenges like depression and anxiety, and reframe health as a societal issue. The project takes the form of conversations, stickers, signs, and murals in public spaces around New York City. It pushes ideas about how our history, culture, political, and economic systems affect our health in order to inspire personal, social and political transformations.

Through the late spring and summer of 2017, the Disordered Project Team and I designed a system for public engagement. We then held three pop-up installations in public parks in September 2017, during which over 100 people talked to us, took a sticker, made a paper sign, or added a thought to a sharing board. We distributed over 100 stickers at this time.

After the pop-ups, we chose the strongest and most provocative thoughts from the public participation to reproduce on metal signs and vinyl stickers. So far a total of 20 metal signs have been installed in Fort Greene, Clinton Hill, Williamsburg, Bushwick and Astoria. 1500 vinyl stickers were printed as an in-kind donation to the project and have been liberally affixed and distributed to all who wish to participate in spreading community-sourced messages about mental health and society.

Disordered is an action against invisibility and shame, and an effort to build community around our shared social and political struggles. 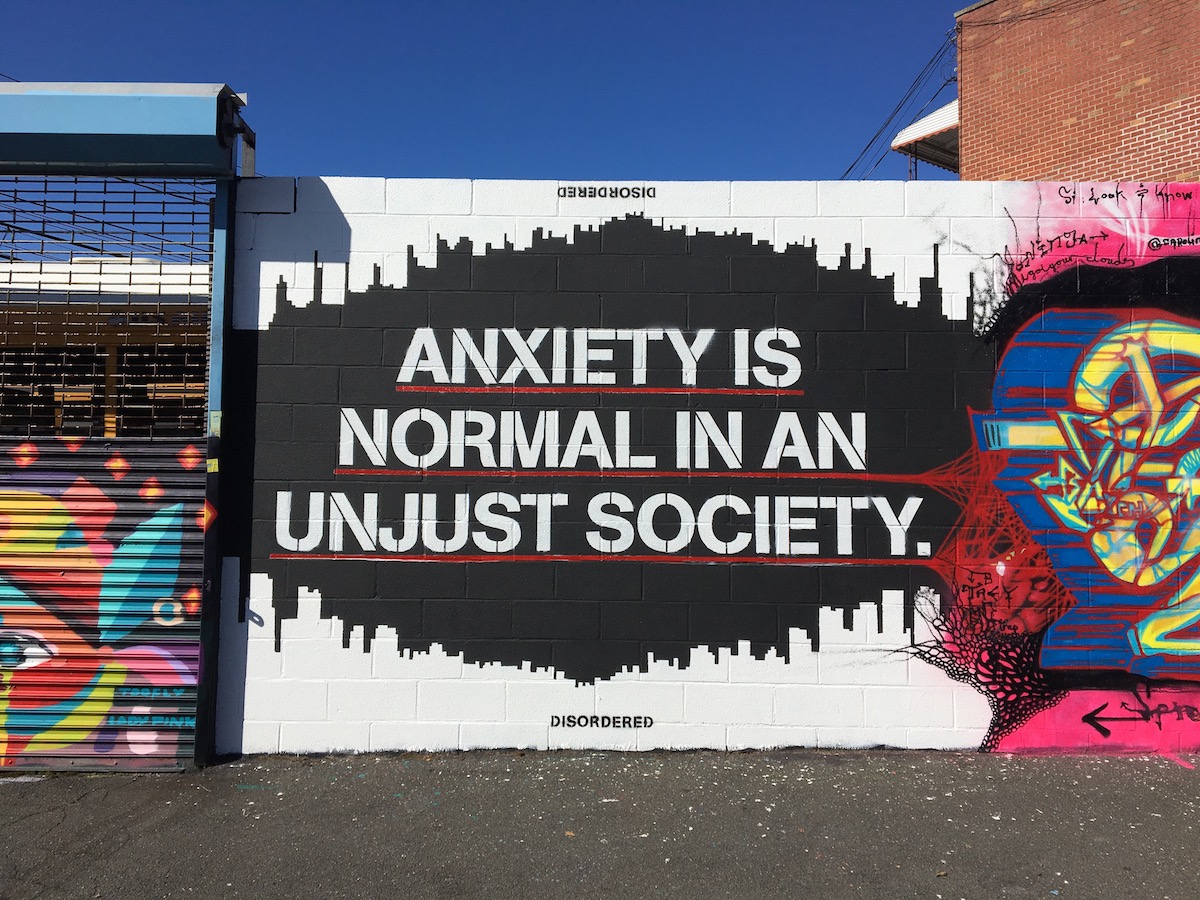 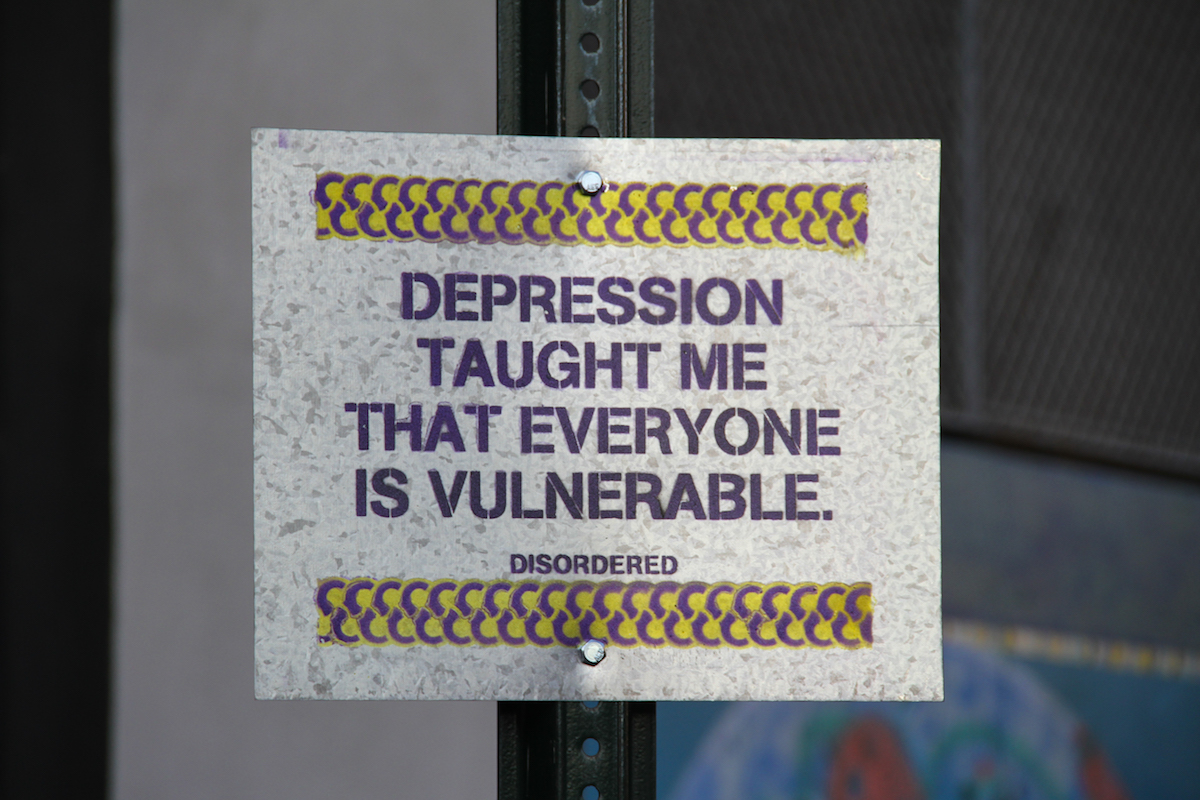 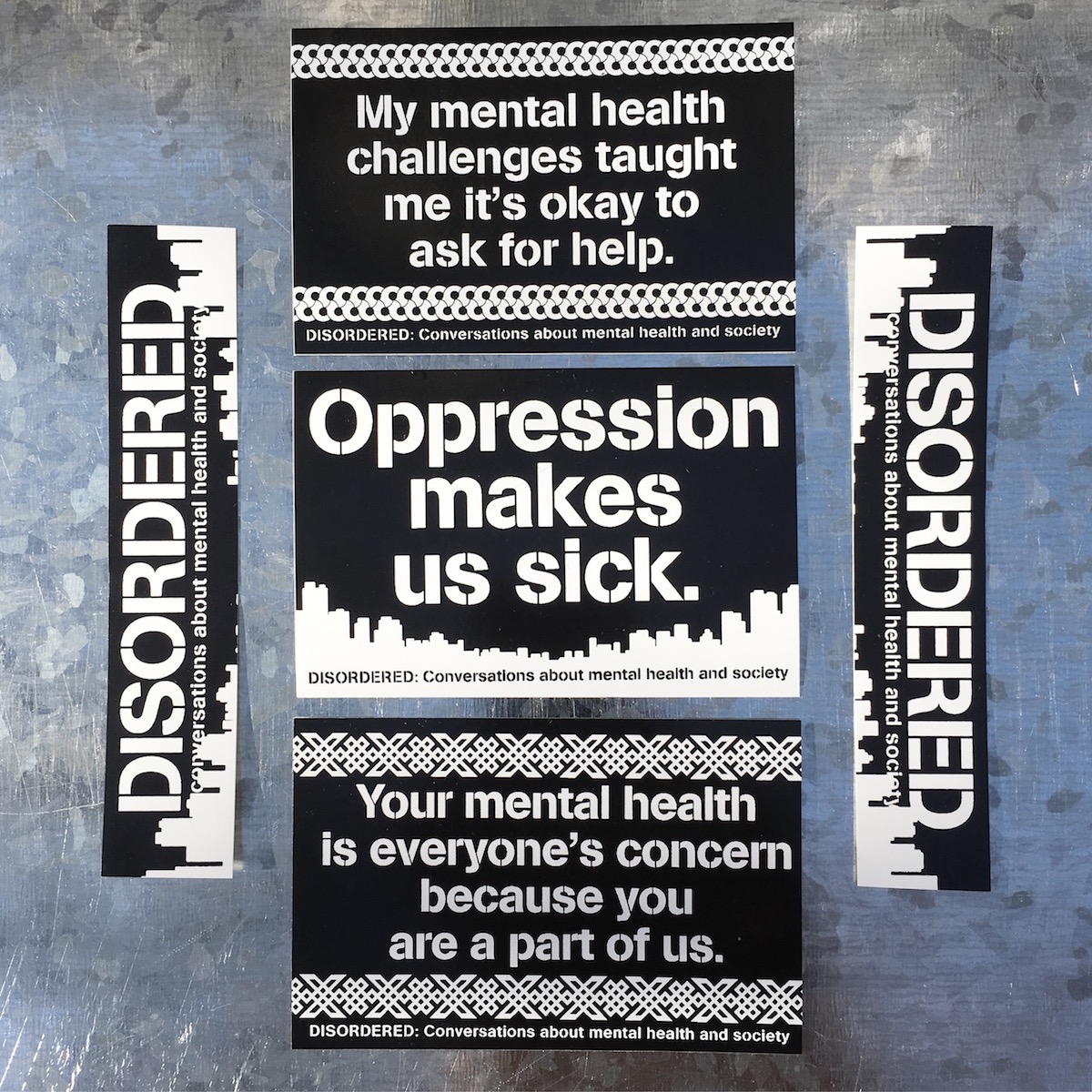 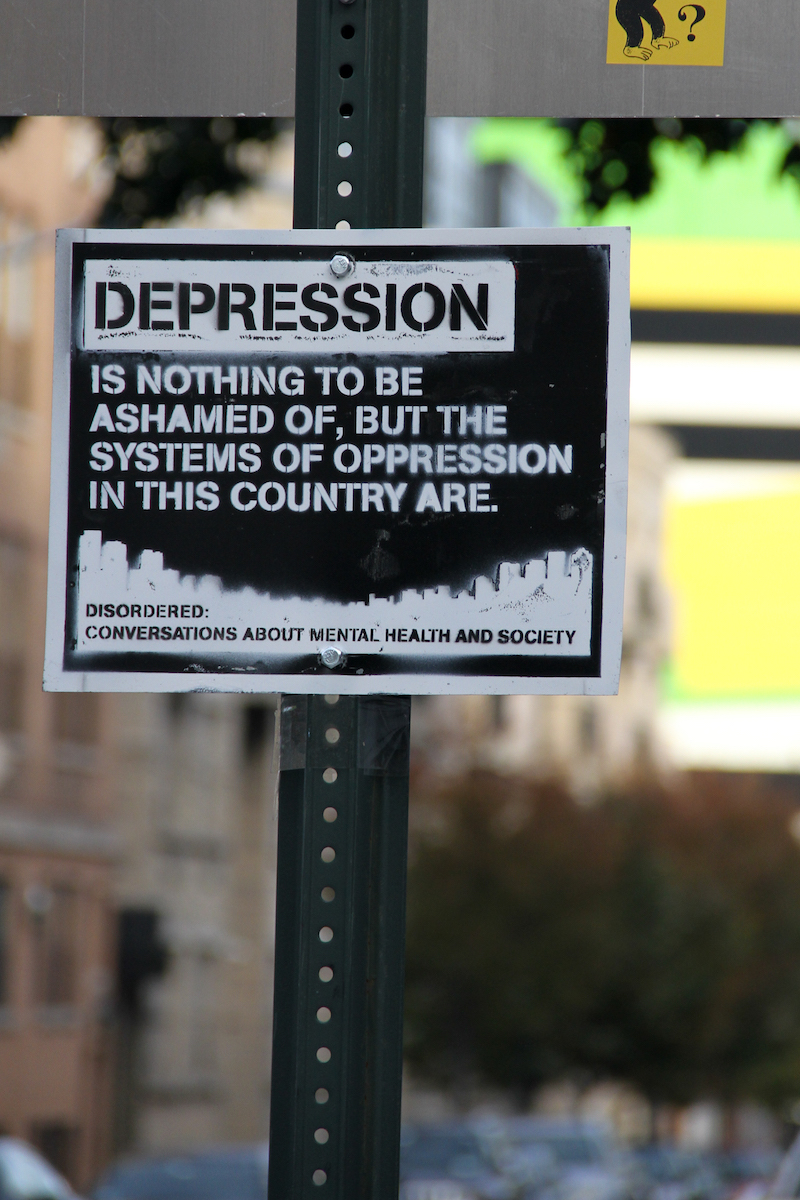 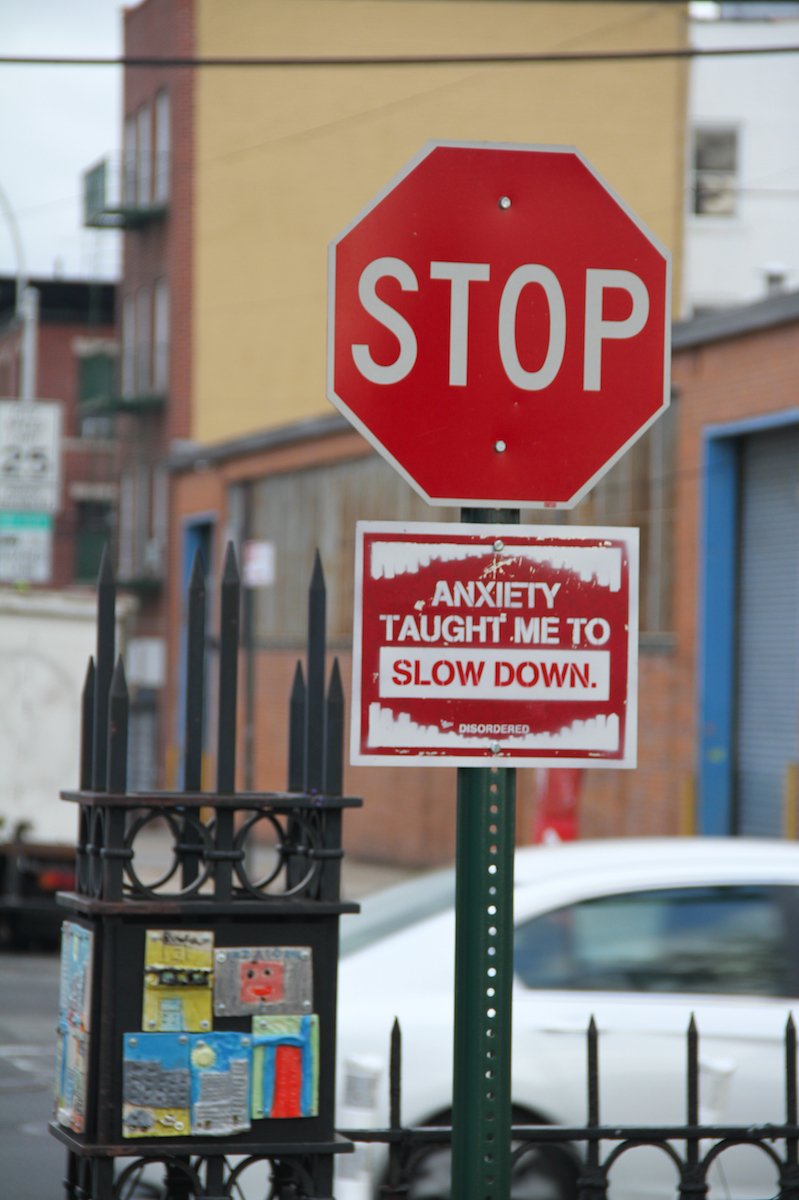 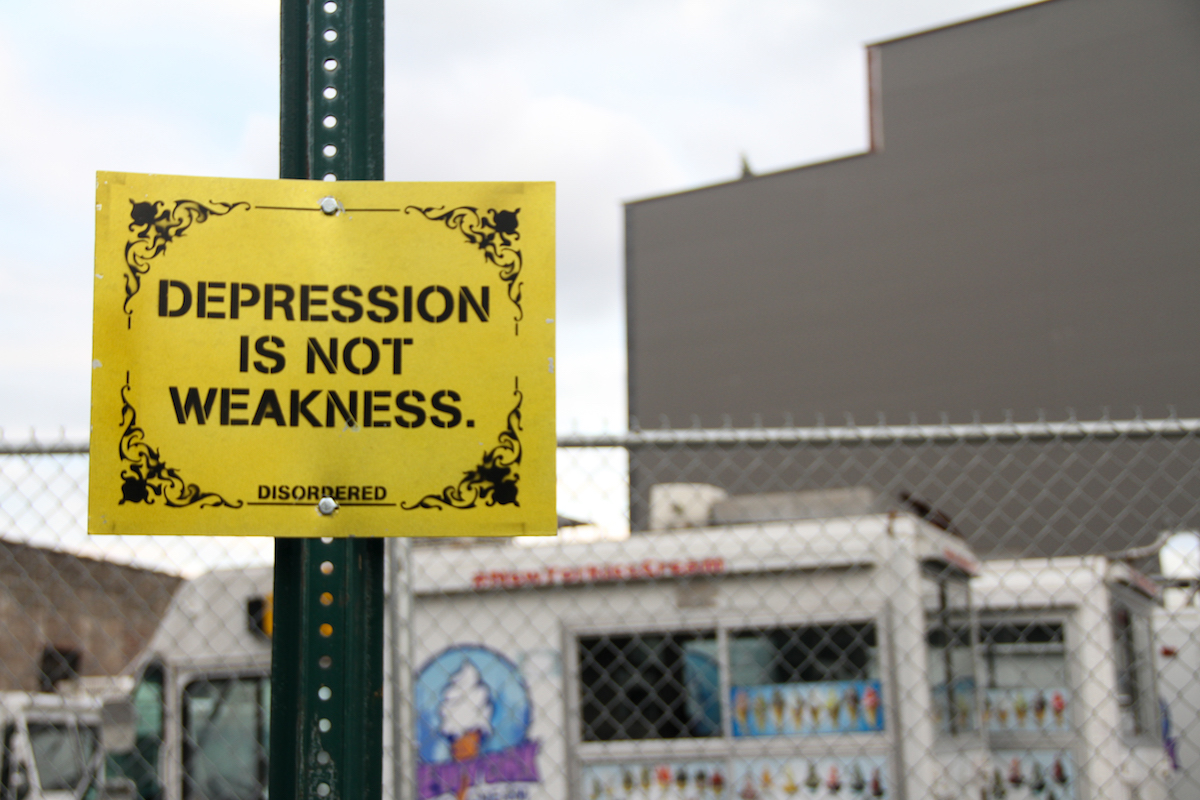 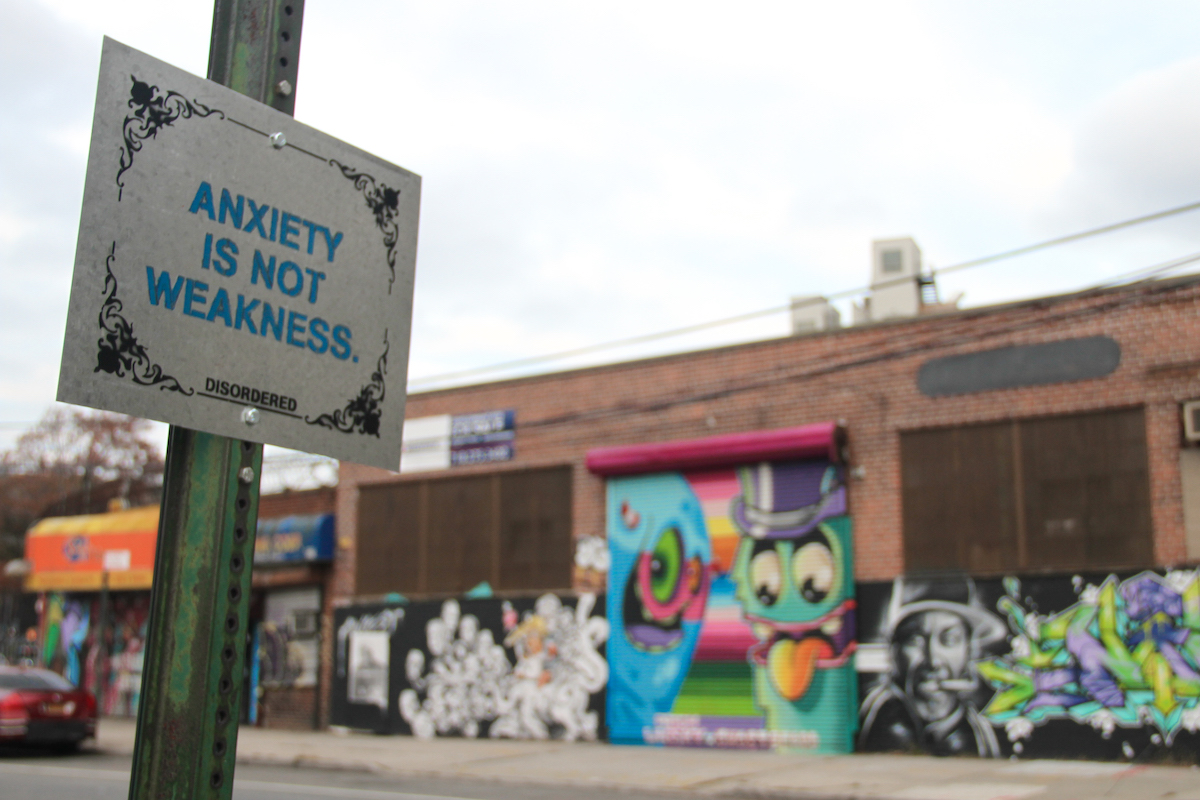 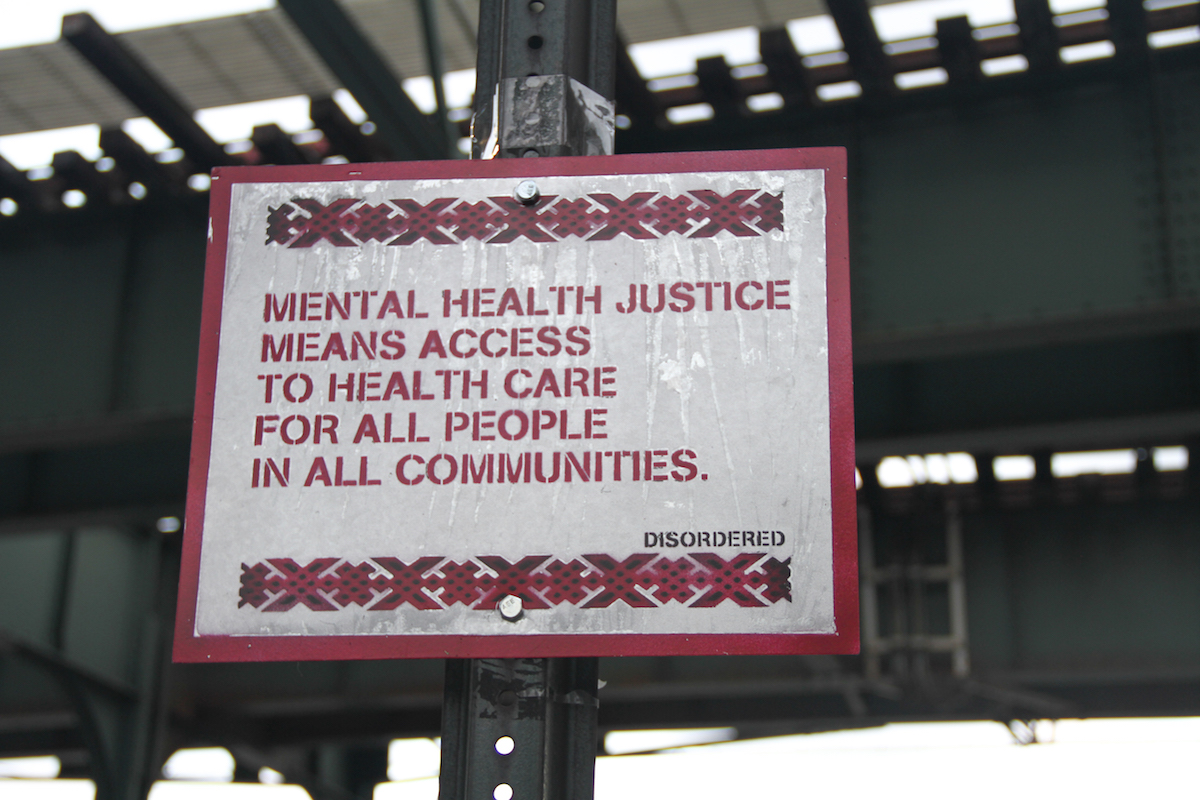 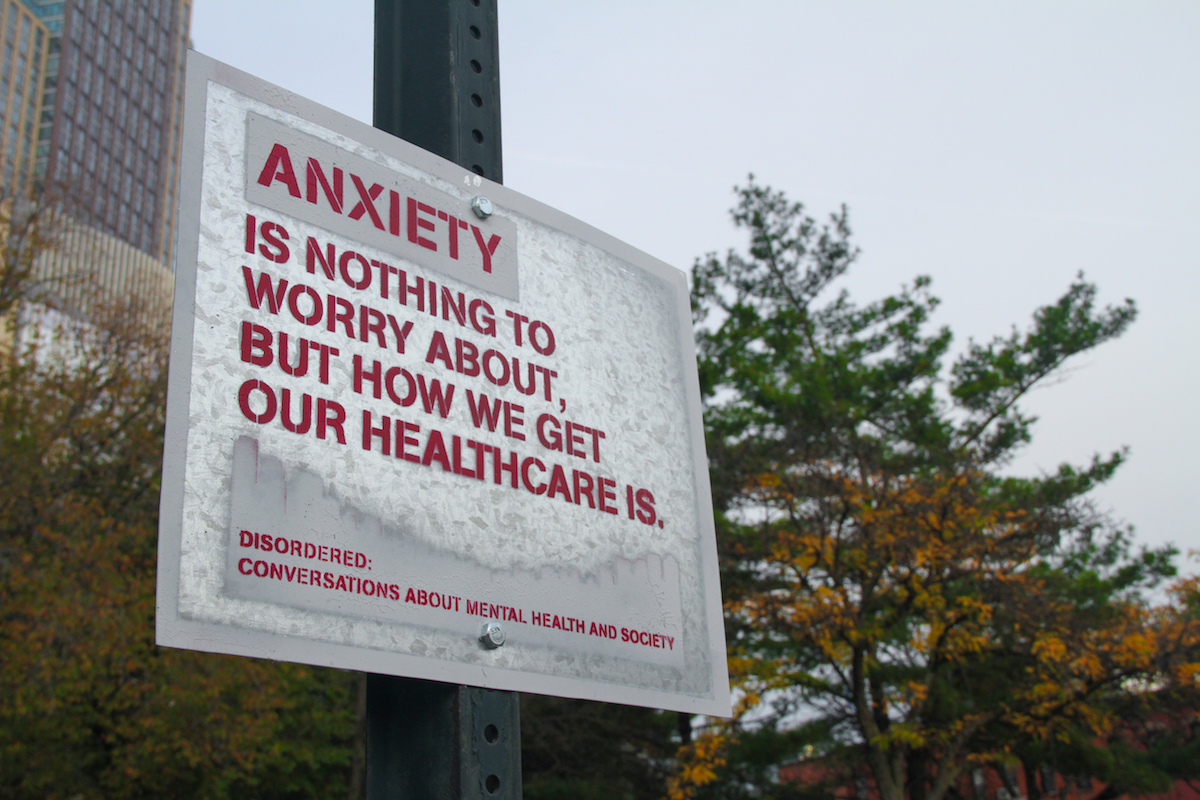 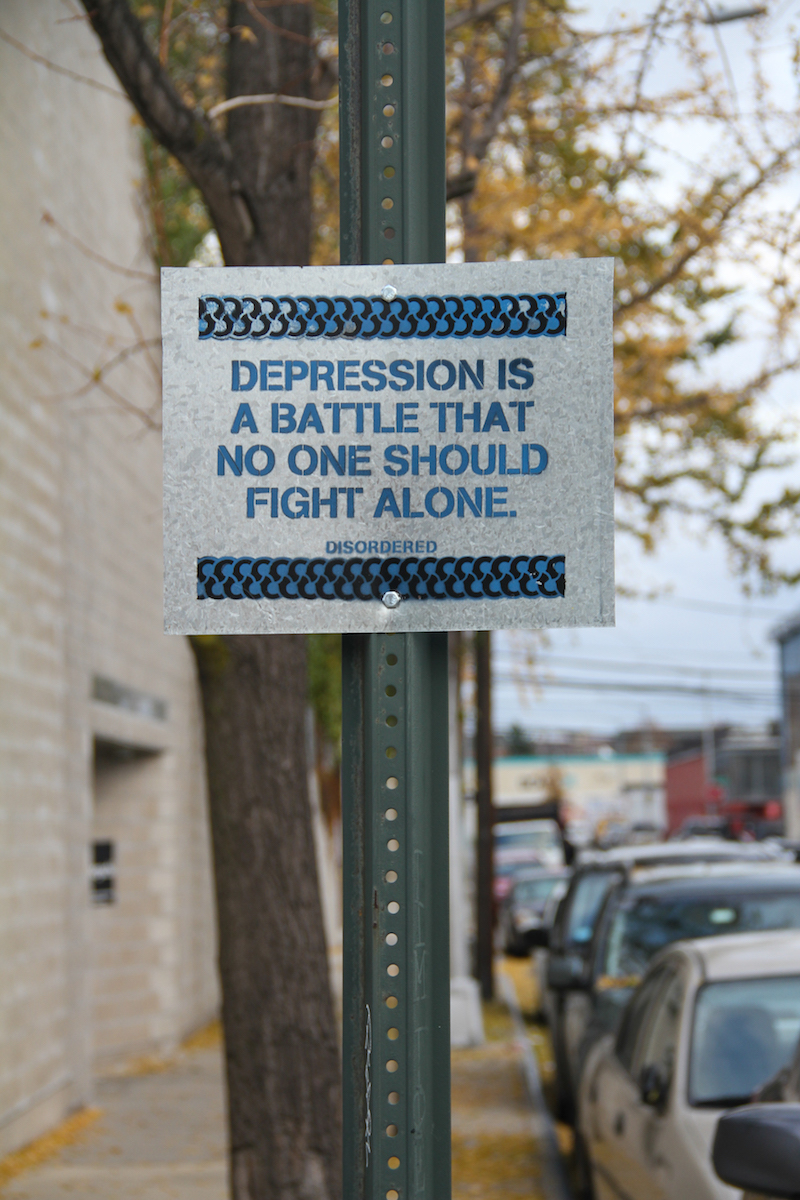